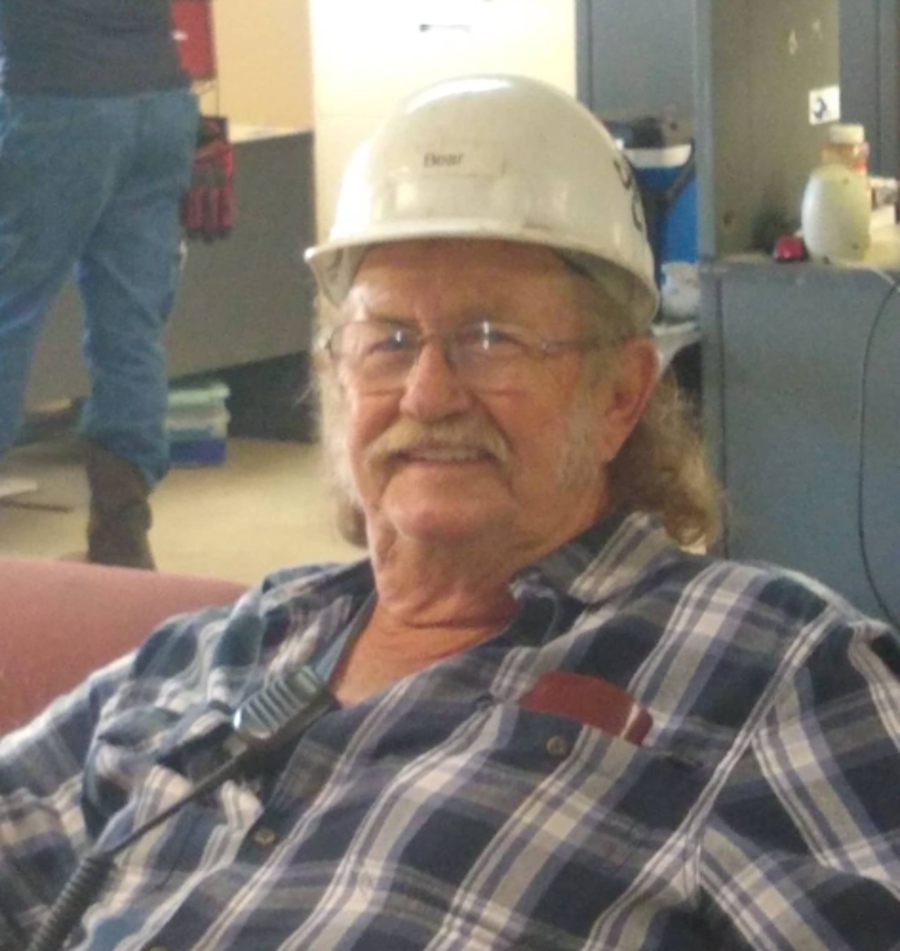 What's AS's most valued asset? Its employees. The yard values the hard work and know how of all, but we see that we benefit from the work of some who have been doing what they do for a long time. One of these is James “Bear” Williams, a Pipe Specialist. We caught up with Bear for a Q and A on his 45+ years here.

Q Have you always lived in Mobile?
A. I’m originally from Deer Park Alabama.

Q. What do you do in your spare time?
A. I work 7 days a week, and I have 3 grown children. I like to keep busy. I’ve always been like that.

Q. When did you first come to this shipyard?
A. 1968. Back then, the yard was in 2 parts: Alabama Maritime Corporation for new construction and Alabama Dry Dock & Shipbuilding (ADDSCO) for repair.
From Pier K south was new construction, and everything north was repair. There was no crossover without asking.

Q. What is an example of how things have changed since then?
A. There was actually a yard locomotive that was used to transport materials around via rail. It was eventually sold to a museum. The cranes were all steam operated. Over the years they were all converted to diesel, and there were also steam powered winches that were used to pull the ships in at each pier location. I kinda miss the winch system. It was really cool.

Q. What are some memorable projects that come to mind?
A. In 1998, Royal Caribbean’s Monarch of the Seas ran aground just off the island of St. Maarten. A coral reef cut a hole down the length of the hull more than 300 ft. long.
We did the work here as Atlantic Marine. It took over 460 tons of steel to repair, 18 miles of electrical wiring, and 104 crew cabins had to be restored due to flooding. We finished it just 3 days over schedule.
Another was the Glomar Explorer. It was originally the Hughes Glomar Explorer. It was built by Howard Hughes in 1971, and the cover story was that it was built to mine manganese from the ocean floor. It was really
Built to retrieve a sunken soviet sub, the K-129, that sank NW of Hawaii in 1968. It was called Project Azorian. After the ship successfully retrieved the sunken sub and its crew, it was moth balled. In 1997,
It came here to be converted into a deep sea drilling rig. It broke all of the deep water drilling records for the time at 11,500 feet. That’s 2000 feet deeper than any existing rig. It eventually became obsolete and was scrapped in Singapore.

Q. What’s the scariest sight you’ve seen on the yard.
A. I’ve seen some bad storms over the years, but in the early 80’s a water spout came down the bay and went right by the service building while we watched.

Q. Anything you miss about those days?
A. Before Pier E was demolished, you could walk underneath it. At night after you got off work, you could go under it and gig some huge fish.

Q. What do you like best about working here? What makes you stay?
A. I love the challenge and the people.

AS is grateful for Bear’s long-standing service and for taking the time to share his memories with us.