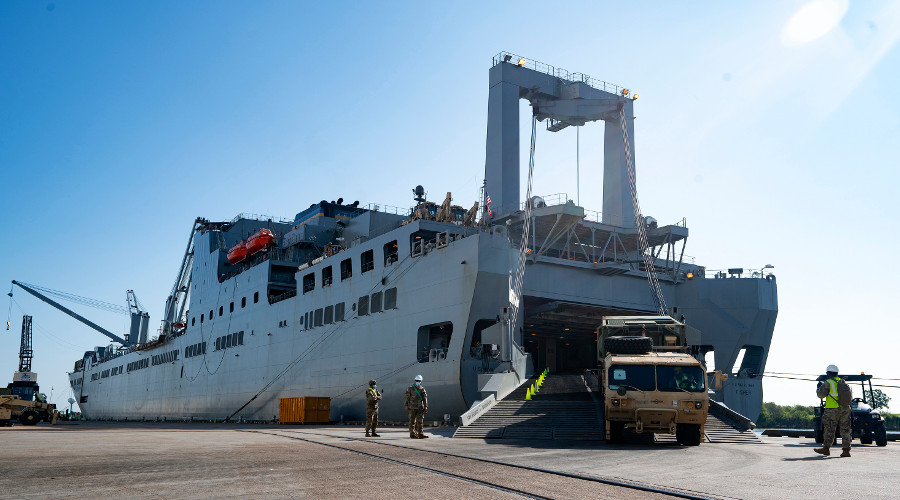 A contract award has been made to Alabama Shipyard, LLC for the USNS Brittin for drydocking and repair. The USNS Brittin (T-AKR-305) is a Bob Hope class roll on roll off cargo ship of the US Navy. This will be a 3 month project that begins October 10, 2022 and ends January 9, 2023.

Brittin is named for Medal of Honor recipient Sergeant First Class Nelson V. Brittin for his valor and self sacrifice during the Korean War. She was built by Northrop Grumman Ship Systems, New Orleans and was delivered to the Navy on January 30, 2001.

She is assigned to the United States Department of Defense's Military Sealift Command, is part of the MSC Atlantic surge force and is maintained in Ready Operational Status 4.