Established over 100 years ago, Alabama Shipyard provides unparalleled service that is on time and on budget.

Founded in 1916 by D. R. Dunlap, the shipyard was originally known as Alabama Dry Dock and Shipbuilding Company. As one of the original nine emergency yards funded by the U.S. Maritime Commission during WWII, it became one of the largest employers in South Alabama while producing Liberty Ships and T-2 Tankers for the war effort.

Over the years, the shipyard has employed thousands of people most notably Jimmy Buffet, his father, JD Buffet as well as Hank Williams, Sr.

Now known as Alabama Shipyard, our fully-equipped facility continues to be a fundamental part of Mobile’s history. We remain dedicated to upholding the longstanding tradition of providing first-class service to the Gulf Coast. 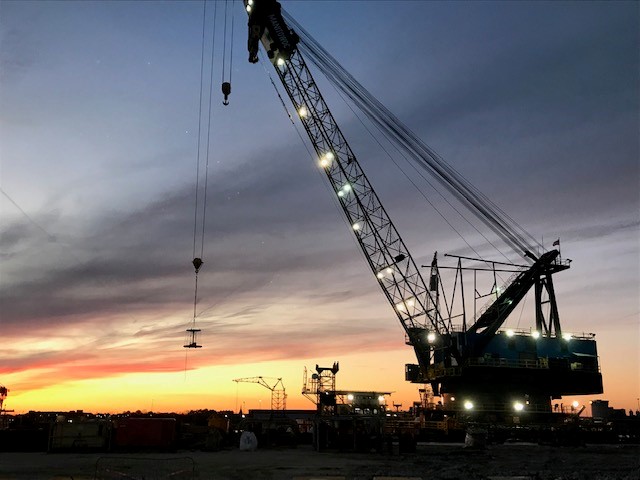 Over the first 74 years in business, Alabama Dry Dock and Shipbuilding Company constructed over 700 barges/ships and repaired thousands of vessels.

As Atlantic Marine, Inc, the shipyard constructed over 60 barges/ships and repaired over 800 vessels in 20 years.

As BAE Systems Southeast Shipyards, 6 barges/ships were constructed and over 200 vessels were repaired.

Alabama Shipyard has repaired over 28 vessels and counting.

With 30+ years of experience in the shipbuilding industry, Lee Stokes brings a results-driven mindset and valuable leadership skills to his role as Chief Operating Officer at Alabama Shipyard. A graduate of University of Mississippi, he is dedicated to operational success at every stage of Alabama Shipyard’s enterprise.

Mr. DeLong is a graduate of Auburn University Harbert College of Business.

He is a licensed CPA, with over 20 years of experience in corporate finance, including management of financial accounting, cost accounting, tax, SEC reporting, risk management, internal audit, and Sarbanes-Oxley compliance.

Tom Godfrey has more than three decades of ship repair and maritime experience. He joined the legacy company in 1994.  He has a track record of developing long-lasting customer relationships and providing consistent work flow for the Alabama Shipyard brand.